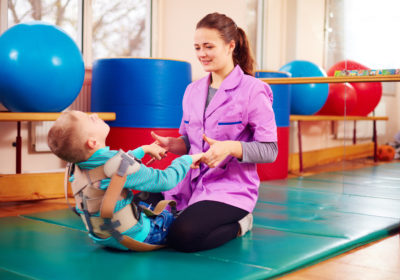 Is it really ADHD or are the children just being naughty? Parents and child care therapists are beginning to ask this question. The fear now is that many doctors and parents are using the term ADHD as a general dumping ground for kids with problems. In just ten years the prescriptions for the most widely used drug (Ritalin) for ADHD children in the UK has risen from 4,000 to 360,000! This represents an enormous cost to the the National Health Service to the tune of 28 million. But many parents are now questioning whether the term ADHD is a handy label for disobedient and badly behaved children. Some experts argue that the number of children with ADHD is underestimated and that at least 1 in 20 children are suffering from it. Other experts say that the problem is exaggerated and many children diagnosed with ADHD do not actually have it! Diagnosis of ADHD has always been difficult and remains so. A questionnaire is used and its results are anything but objective so the diagnosis can be hit and miss at times. Experts say that there is key distinction to watch out for and that is, if the child only misbehaves in certain situations or in all settings. They do point out that this is a medical condition and may well be present since birth. Most symptoms of ADHD are well documented although there will be differences from child to child. Usually they will fall into two groups, that of inattention and impulsiveness coupled with hyperactivity. He or she will have difficulty in concentrating, even for a very short period. There will be problems of impulsiveness coupled with inability to assess risks. When playing with peers, he or she will have problems with taking turns. A larger and larger number of parents are single and breadwinners. The family structure has changed and the single parent will find it a challenge in bringing up children. Social reasons too play a role in that the children themselves play outside less and less. They are glued to the TV and computers. This leads to more consumption of snacks which contain additives which may cause hyperactivity. The problem of misdiagnosing ADHD has come under scrutiny and medics have been criticized for making mistakes. As ADHD medication sales rocket, the pharmaceutical companies are not going to complain. Some side effects are worrying and the Adderall drug for ADHD in Canada was withdrawn because there was a link with heart disease. Therapy with counselling remains more effective in the long term treatment of this condition than drugs. You may be wondering what is the best thing to do. You have probably heard of ADHD alternative and natural remedies and are wondering just how safe and effective they are. To find out more click on the link below.