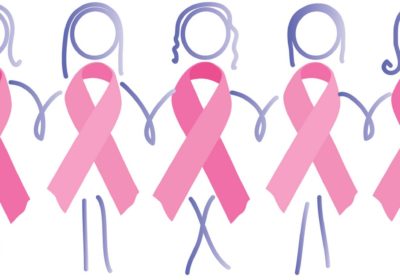 Cancer is no longer considered a death sentence. The number of individuals who have survived cancer has considerably increased over the years. Certain adult patients have a survival rate of 70% or more, while a few pediatric conditions may boast of a greater cure rate. Surviving this disease requires a great deal of strength, endurance and courage. Most often treatments like radiation, chemotherapy and surgery are required to bring it under control, nevertheless, the root cause is never addressed. Besides, these treatments exhaust the patients and tarnish their quality of life. This is where naturopathy can help to bring relief from the ‘body-racking’ side effects and to restore the individual’s overall health. Complementing your Treatment with Alternative Medicine Naturopathy is a complimentary branch of medicine that makes use of natural and safe therapies. It upholds detoxification as the first step towards recovery from cancer. Choosing alternative care, especially in the case of breast cancer would mean forgoing chemotherapy and radiation. More commonly, cancer patients are introduced to complementary therapies, which do just as the name suggests – they complement traditional cancer treatments as chemotherapy and radiation, but do not substitute them. Commonly known as ‘Integrative Care’, it is a style of medicine that incorporates both traditional and complementary treatment. Physicians practicing integrative medicine look at how a disease affects the whole person: body, mind, and spirit. Complementary Treatments for Breast Cancer The following five types of treatment are recognized as Complementary and Alternative Medicine: Whole medical systems These include culturally based healing traditions such as traditional Chinese medicine (acupuncture) and Ayurveda (a therapy originating in India that uses herbs, massage, and yoga), as well as Western medical systems such as homeopathy and naturopathy. Mind-body medicine These therapies involve the mind’s capacity to influence the body’s functions. They include prayer, hypnotherapy, meditation, imagery, visualization, music therapy, and art therapy. Biologically based practices These include nutritional therapy, supplements, vitamins, and herbal medicine. Manipulative and body-based practices Included here are massage therapy as well as chiropractic and osteopathic manipulation. Energy medicine These therapies are based on the energy fields which surround and permeate the body, include Reiki and qigong. Most of the evidence in favor of complementary therapies for breast cancer treatment has to do with relieving side effects of traditional therapy. Acupuncture, for example, has been shown in a number of small trials to decrease nausea and vomiting. There is some evidence that some types of treatment may also decrease inflammation. British Columbia has regulated naturopathic medicine since 1936 and Several Canadian provinces license Naturopathic Doctors in Vancouver. Benefits of Alternative Medicine Alternative medicine believes in supporting the body’s own natural healing processes. That means helping the liver function better, not destroying liver function like pharmaceuticals do. It means allowing the body to regulate its own cholesterol, blood pressure, and brain chemistry in a healthy, supportive way. What patients are not being told is the chemotherapy is destroying the normal, healthy functioning of vital organs, such as the liver, heart, brain, and kidneys. Yes, it might also be shrinking a tumor, but the point here is not simply to emerge from cancer treatment with only small tumors. The point is to emerge as a healthy human being with a strong immune system and cellular balance that prevents or eliminates tumors altogether. That kind of outcome is not at all offered by conventional medicine.